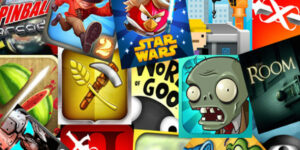 Brace yourselves, great games for PS4, Xbox and Microsoft gamers are on the way. Some good games have already been released this year. But more and better games will be coming your way soon!

Slot game lovers will be pampered as well. Have you ever heard of Siberian Storm Slot? It is an animal themed game which can teleport you to the high snowy peak of mountains. You will be guided to potential winnings by the Wolves. Being successful and quite liked by many players, another version of this game will be released soon. And in around a month, Siberian Storm Dual Play which is a 2,880 ways to win slot game will be released! Slots lovers will have the great pleasure to try this game at one of UK’s best bingo site, Lucky Pants Bingo. In the meantime, you can enjoy some great bonuses and a variety of online slots at Lucky Pants Bingo.

Released in early January, Resident Evil 7: Biohazard is a masterpiece of horror gaming. In this series of the game, the player will be in control of Ethan, the protagonist. Like previously, players have access to different weapons, and include puzzle- solving, healing herbs and resource management. An interesting news for PlayStation players is that they can experience the dire feeling of seeing the horror creature crawl their way, through the PlayStation VR.

Planned to be released in mid- February, For Honor will take you to the time of Vikings. The game has an interesting feature which enables users to play the roles of soldiers such as knights, Vikings and samurai, through a hand to hand combat system. Weapons that will be to the disposal of players are axes, katanas and swords depending on which faction they join. There are many dual modes in this game, and players have different abilities such as backflips. The game comes in multiplayer mode, where a maximum of four players can fight each other

It looks like Valentines’ Day will be a good one for Gamers, with the release of the game Sniper Elite 4. Being a third- person view, players are on a mission to kill enemies on this game. The main weapon is a sniper rifle which can be used from a long distance and even shows internal bleeding through an integrated camera. The game has been improved since the last edition, and its artificial intelligence is remarkable.

Planned to be released in early March 2017, Horizon Zero Dawn promises to be very interesting with its amazing graphics. The game is played from a third- person view and is an action role playing one. Players act as Aloy or Archer, and are left on a post- apocalyptic land for missions. Interestingly, this game has a dialogue wheel which enables communication with non- playable characters for guidance.

2017 brings along many more games varying for shooter, ghost hunter, marvel and more! Gamers will definitely be on the moon with this year’s releases.

Role of Influence Marketing in the Health Care Sector