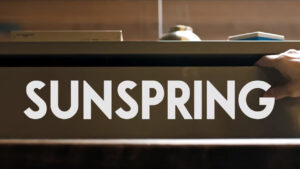 Surprisingly, the last thing Oscar Sharp had to worry about while working on his new film, was the script. The sci-fi director decided to do a flip on the whole ‘art imitates life’ thing, and used technology to bring sci-fi into the real world.

In an attempt to give a new dimension to the world of sci-fi, Oscar collaborated with technologist Ross Goodwin and made ‘Benjamin’ – a software built to write scripts. Just like Tony Stark’s JARVIS and Rajinikanth’s Chitti in Robot, Benjamin was built to assist director Sharp.

Sharp took all the available data of science and fiction, along with the structure of film writing, and fed it to Benjamin – a long short-term memory neural network (LSTM). As a result, what came out was an algorithm which later became the script for his film Sunspring. The director went through the output from this Artificial Intelligence (AI), which he then redrafted for his short film.

The movie is set in the distant future on a space station and deals with the lives of its three main characters H, H2 and C.

The Three Characters H, 2H and C interacting with each other in the movie (Photo Courtesy: Youtube)

This nine-minute film will leave you pleasantly surprised. You wouldn’t expect an AI to come with a solid EQ (emotional quotient)!