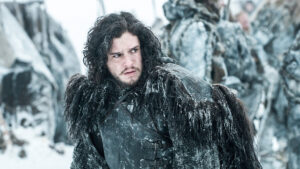 There were rumors that Kit Harrington is reportedly in talks to star as Jon Snow in a spin-off of the Game of Thrones.

A senior executive was quoted as saying:

When the final season wraps next year, it’s going to be a case of figuring out who we want to join us for a new series and which of those cast members actually want to jump on board.

As it often is the case when fans get excited about something that is too good to be true, a dementi follows. Reps and actors alike all denied that there was any truth to the story of a spin-off and Harrington earning a claimed $1 million (£684,000) per episode.

But then come the “if”s, after firmly denying any planned spin-off, departing programming executive Michael Lombardo has said before

“If that were to happen it would have to come from [showrunners David Benioff and Dan Weiss] really feeling something, or [author George R.R. Martin] really feeling that it was the right thing to do,” he said. “Not knowing how this particular story ends, I don’t know. There are plenty of characters, secondary characters, [who] you could build a world around. We’re always going to be drawn to a strong creative vision. But we are not going to do that unless we feel their passion.”

Despite all the denials and dementis, I am kind of sure that The Game of Rumors has just begun.

Paul McCartney on The Beatles’ Breakup and His Love for Kanye