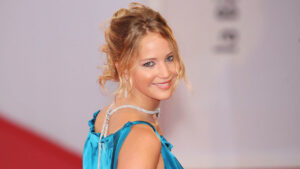 From Clint Eastwood to Woody Allen and from Mel Gibson to George Clooney, Hollywood has a history of actors who have become directors. This year too we will see
some very talented and award winning actors turn directors. Here’s the list!

Academy award winning actress Jodie Foster has
directed a thriller called Money Monster, which hits the cinemas on May 13,
2016. The film stars two big names George
Clooney and Julia Roberts. Money Monster is set on Wall Street where an
investor who loses all his money takes a newsroom on hostage to find justice.

Elizabeth Banks has
directed the musical comedy Pitch Perfect 3. This is the third film of the
Pitch Perfect franchise, the first one released in 2012, which was loosely adapted from Mickey Rapkin’s
non-fiction book Pitch Perfect: The Quest for Collegiate A Cappella Glory.

Popular American actor
Don Cheadle has directed a biographical film Miles Ahead based on the life of
jazz musician Miles Davis. The film stars Cheadle, Emayatz Corinealdi and Ewan
McGregor. This was the closing film at the New York Film Festival last year.

Jonah Hill in a still from The Wolf of Wall Street

Jonah Hill known for
his comic roles will direct a coming-of-age film titled Mid 90s. It’s rumored that the film follows a young boy
growing up in Los Angeles in the mid-1990s, learning life lessons with his
skateboarding crew of friends. Hill
has also written the script himself.

Academy award winning
actress Jennifer Lawrence will direct Project Delirium, a film based on a 2012 New Yorker piece titled Operation Delirium by Raffi Khatchadorian.
It’s about a mental warfare in the 60s and reads like an
acid experiment gone terribly wrong.

Bonnie Wright best known for her role of Ginny
Weasley in the Harry Potter series will direct a film titled Medusa’s Ankles,
an adaptation of the Man Booker Prize winner by the same name, which was a short
story by AS Byatt.

Is Nanotechnology set to go big at Drupa 2016?

IBM’s Quantum Computers Are Here, and you can try it