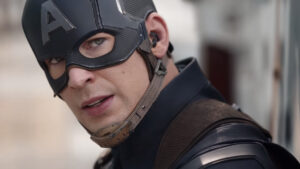 Even though the rest of us ordinary people will still have to wait for Captain America: Civil War to hit theatres globally, film critics everywhere have already received a wholesome helping of Marvel’s latest addition to the superhero universe.

Here’s what a few reviews have to say about the film.

Wired has very unequivocally declared Civil War the best Marvel Studios production ever. The reviewer doesn’t stop there but goes on to call it the benchmark for future films to come in the genre.

The reviewer is also all praises for Tom Holland:

WiredAdding to the tension are yet more additions to the lineup. Tom Holland, as the new Spider-Man, manages to steal every scene he’s in – which bodes well for 2017’s standalone film Homecoming.

The Independent: ‘Triumph for the Studio’

According to The Independent, the film is about actors developing a guilty conscience. The Independent review had more praises for Tom Holland, the new Spider-Man, than for the movie itself.

However, Spider-Man is definitely not the only good thing about the film, according to The Independent.

The IndependentFor Civil War, every lesson learnt in its eight-year history comes to a head; it’s a film so responsive to its past, and that’s why it feels like such a triumph for the studio. Marvel’s learnt from its mistakes.

The Guardian: ‘A Blast of a Movie’

The Guardianhas gone all out in its praise for Chris Evans (and Civil War).

With his propaganda-poster jawline and air of unimpeachable nobility, Captain America (Chris Evans) has always been one of the duller members of the Marvel universe. Which is probably why, although this latest Avengers outing bears his name, the film-makers have press-ganged (almost) every spare ounce of Marvel muscle to back him up.

The Telegraph: Peak of Marvel’s Success

The Telegraphcalls Captain America: Civil War “the cinematic superhero showdown you’ve dreamt of since childhood, precisely because that’s everything – and all – it wants to be.”

Looks like this is one of those can’t-miss movies, again.

Where Did You Go Radiohead? The Curious Case of a Missing Band