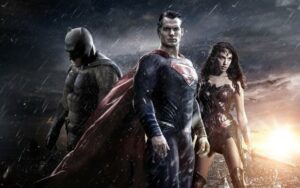 Although we’re not nuts about the upcoming Batman Vs Superman, there is a strong feeling out there that Gal Gadot is about to become a big star from the movie as Wonder Woman.

Gadot is from Israel, she served in the army, and she was also in one of the Fast and Furious movies. Gadot has told Collider that she loves playing Wonder Woman, and the role has made her feel empowered.

“Oh, my God, I’m so excited about this role,” Gadot said. “I feel like I’ve been given a huge opportunity to inspire people, not only women. And not because of me but because of who Wonder Woman is and what she stands for. There’s a lot of responsibility. But I have the best team and the best people to work with. It’s going to be an amazing ride, knock on wood.”

There’s been hope of a Wonder Woman movie for a long time, and perhaps the hope is she’ll be better as part of an ensemble, like the Hulk finally soared as a part of the Avengers team. At least that’s what we really hope, horrendous trailers be damned, when Batman Vs Superman opens on March 25.

Confusion may be the friend of autonomous cars and IoT