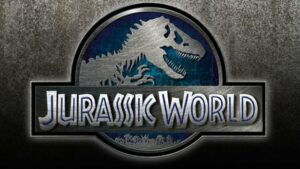 We knew that Jurassic World was going to be a big movie, the early tracking on it was incredible, but the box office take has been remarkable, especially the fact that it left the Avengers movie in the dust. Now comes word that Jurassic World is the third biggest movie of all time. (#1 and #2 are Avatar and Titanic respectively.)

According to Business Insider, Jurassic World has now pulled in $1.52 billion world-wide, and it has made over $600 million in the States. This means it not only blew away the Avengers Age of Ultron box office, it’s also blown away the incredible box office of the original Avengers film, which is #4 on the all time list with a $1.5 billion world-wide gross.

As Business Insider reminds us, Jurassic World’s victory may be short-lived because of Star Wars: The Force Awakens coming this December 18, which of course will make at least three gazillion dollars. (We’re kidding of course, it’s actually tracking to make about $2 billion world wide according to estimates from Citi and Morgan Stanley.)

Nevertheless, $1.5 billion is nothing to sneeze at, and we’re certain there will be more cinematic dino-mite in the future.

Pixels Offical Reviews Are In