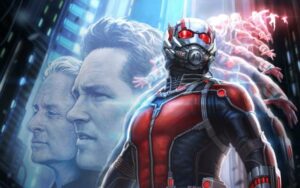 It’s been quite a summer for blockbuster movies in that a lot of movies that many had high hopes for have been disappointments. Jurassic World has been the box office juggernaut to beat, and even The Avengers has been considered a bit of a disappointment because it hasn’t matched the same excitement of the original, even though it’s certainly made plenty of dough.

Like Guardians of the Galaxy, Ant Man is not one of Marvel’s well-known titles, and bringing the guy to the big screen was fraught with many difficulties, including the exit of writer / director Edgar Wright. While we’re curious to read his script for Ant Man, which Joss Whedon called the best Marvel screenplay he’d ever read, but what about the finished product, which hits theaters on July 17?

Well, like a lot of early reactions to genre movies, plenty of geeks raving on twitter, and of course there’s dissenters. The tweets from Cinema Blend and Fandango liked it, with Fandngo calling it “a softer, more intimate #Marvel movie and a great family film.”

HitFix called it “hugely entertaining, and a truly significant puzzle piece in the Marvel Universe.”

As for the Twitter pundits who weren’t that impressed, Screen Crush tweeted, “Ant-Man falls flat in almost every way. Not so much bad as it is blah.” Collider also felt Ant-Man was “not a disaster like some expected, but also not a homerun.”

And this time you’ll want to stay until the very end, because unlike Avengers Age of Ultron, this time there is indeed a Marvel end piece that everyone says is a must see.

Humans: The Next Great Genre Show?