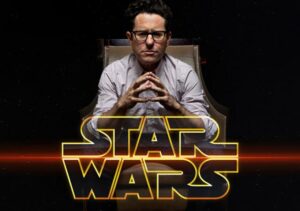 In recent years, there’s been so much hype about new innovations in movies, whether it’s the return of 3D, the second coming of Imax, or the Atmos surround sound system. These days, we keep hearing about the new brand of virtual reality, Oculus, and it shouldn’t be any surprise that there’s going to be Oculus in the space saga’s future.

As the Hollywood Reporter tells us, there was a lot of Oculus technology being pushed at the E3 convention this year, and Lucasfilm has indeed confirmed that there will be a virtual reality division that will do Star Wars material. This is obviously a big deal, because it’s not going to be a few projects here and there, but there will be an entire division of Lucasfilm dedicated to this stuff, which is pretty remarkable.

We should be seeing a lot of Oculus virtual reality next year, and this report tells us that if things really take off, it could be a market worth $7 billion by 2018.

As an ILM source told the Reporter, there’s a Jurassic Park Oculus project in the works, and there could be Marvel and Pixar Oculus projects as well. Star Wars, of course, is an obvious choice for Oculus, and perhaps Star Wars can cement this technology and push it through, much like Star Wars established Dolby Stereo in theaters everywhere when it was first released in 1977.