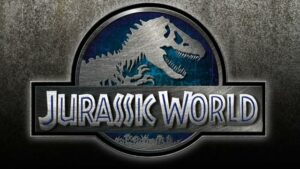 We knew that bad reviews aside, Jurassic World would make a sh*theap of money, but we had no idea it would blow the Avengers out of the door and have the largest box office opening in US history.

The Hollywood Reporter tells us that Jurassic World has pulled in a whopping $209 million, and it also made $524 million world-wide. Not bad for three days work.

And while the critics weren’t crazy about the movie, World got an A on CinemaScore, and the $209 million take did beat the opening of The Avengers by a few mil, (Avengers scored $207.4 million when it debuted in 2012), but still the numbers are very impressive all things considered. (Even Age of Ultron couldn’t surpass the first Avengers.)

These are definitely impressive box office numbers, but it remains to be seen if Jurassic World has legs or not. The second weekend, when movies usually take a major dive, will be the major indicator, but they sure took a lot of money and ran this weekend, which should go a long way before the movie gets knocked down a few notches.

Gambit Movie Gets a Director