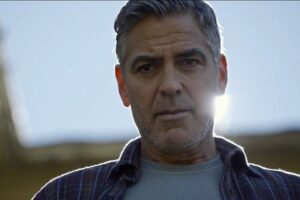 Tomorrowland is one of those movies that feels like a blockbuster that isn’t. While a coming attraction isn’t always the ultimate indication if a movie’s any good, trailers can often be deceptive as to whether a movie’s any good or not, you didn’t get any real sense of urgency to go see Tomorrowland from the first footage that got out into the world.

Now the Hollywood Reporter is telling us that the movie could end up costing Disney $140 million, making it a major flop. So what happened?

Well, you had the ultra-talented Brad Bird (The Incredibles, and the recent Mission: Impossible films), who usually delivers terrific stuff, and you had the star power of George Clooney. But this kind of box office loss puts it in the same league as The Lone Ranger, which died the death of a dog several summers ago.

Apparently the movie was done in by the reviews, as well as audience confusion over who the movie was being aimed for. Kids or adults? (Why not both, we say.) But the real big problem is movie budgets are just as out of control as they ever were, and when San Andreas is considered low budget at $110 million, things are clearly pretty out of whack.

But Disney will survive this trainwreck, especially with the next Pixar movie, which reports say is a knock-out, and of course, Star Wars: The Force Awakens.

Jurassic World: Official Reviews Are In