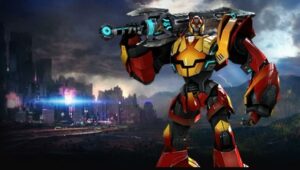 Why have a team of writers work on Transformers? Those movies have scripts? And if they do, who cares if the writing is up to the same level as Lawrence of Arabia?

Goldsman told Deadline that he wants to recreate how a great TV show works, with a writer’s room where a group of scribes work together and create strong episodes. While we’re not sure Transformers is the best vehicle for this, it’s an interesting idea, although funny enough, another Bay extravaganza, Armageddon, had a number of big writers, like JJ Abrams and Robert Towne (Chinatown), it still resulted in a huge dung heap of a movie.

Too many writers can definitely ruin the stew, which is why so many movies go in whatever the direction the wind blows storywise, but in the case of Transformers, maybe having really good writers all working together could done some good for the series.

First Inductees Are In For the Video Game Hall of Fame

Preventing the Next Big Breach: It’s Time To Think Different