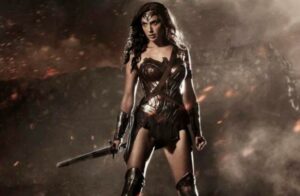 Like The Hulk, Wonder Woman has had a hard time making its way to the big screen. The movie has already gone through one director, but the female lead, Gal Gadot, from the Fast and Furious series, is still in place, and the new Captain Kirk may come aboard as well.

Variety reports that Pine is “in talks,” as they say in the biz, to co-star along Wonder Woman, which means it’s probably pretty close to a done deal. Pine will be playing Steve Trevor, Wonder Woman’s love interest naturally.

Apparently Scott Eastwood, son of Clint and current Hollywood heart-throb, was up for the role as well, but he’s decided to go on to Suicide Squad instead, and apparently Pine did well enough in a test performance to get serious interest from Warner Brothers.

Michelle MacLaren was originally slated to direct, but she’s been replaced by another female, Patty Jenkins, and the Wonder Woman solo movie is slated for release in 2017.

Andy Serkis is Indeed in Star Wars The Force Awakens