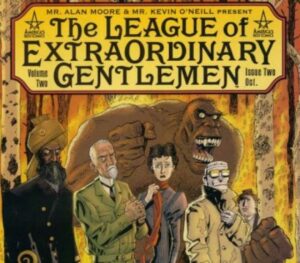 Since the last reboot of Conan didn’t stick, we’re not surprised another Conan movie’s in the works, and finally there’s the announcement of a reboot we’d actually like to see, The League of Extraordinary Gentlemen.

If you’ve ever read Alan Moore’s graphic novel, it’s clearly a big, epic movie, and it definitely deserves another chance. Variety tells us 20th Century Fox is planning a reboot, and in a day and age where superhero teams are the hot thing, it makes sense that another try at League is in the works.

Now Entertainment Weekly tells us that the next Conan flick, Legend of Conan, will take place thirty years after the original movie, and producer Chris Morgan said the movie will try “to live up to [director John Millius’] world. To make it worthy. And to expand on it in a truthful way that audiences will embrace.”

So apparently this will be with Arnold playing Conan as the lion in winter, and again, not sure if seeing Conan and The Terminator old is such a great idea these days, but the League reboot plans sound very promising, and it would be a very welcome change of pace from the usual superhero teams.

Jonny Quest Movie to Be Directed By Robert Rodriguez

IRS hacked – we are all in deep, deep trouble