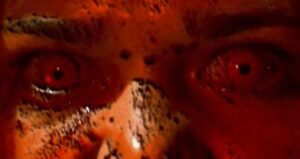 Ex Machina is getting a lot of praise as a great new sci-fi flick, and it was written and directed by Alex Garland, the same guy who gave us 28 Days Later and the recent Dredd adaptation. This definitely makes Garland cool with us at TG, and we hope there will be more Dredd and 28 Days Later zombies in the future.

Garland was asked about the possibility of another 28 Days Later flick, and he told IndieWire, “I had a sort of weird idea that popped into my head. Partly because of a trip I’d taken. I had this thought and I suggested it to [Director] Danny Boyle, but I also said I don’t want to work on it.”

So apparently producer Andrew McDonald on Garland’s idea, and we’re excited at the prospect of another 28 Days Later, although he won’t be doing a sequel to Ex Machina either. But if a sequel to 28 Days Later happens, Garland wants to come about as more of an organic process than any sense of wanting to make a buck.

“There’s no momentum now, and you’ve had an organic, real spark about where I can take this. It just popped into your head kind of thing, rather than, ‘Okay, I’m going to make a sequel.’”

Again, no great rush for a 28 Days Later sequel, or a Dredd sequel either, which Garland has some loose ideas for, but we’d love them to happen one of these days.

First Star Wars Spin Off Film Gets Its Star