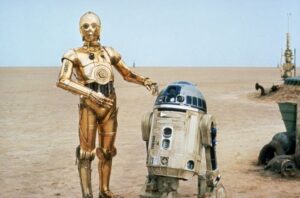 In the next several years for movies, we’re going to have a lot of “shared universe” stories, or spin-offs. You’ll have Star Wars, and Star Wars spin-offs to fill the gap. After Star Wars The Force Awakens, we’ll have Star Wars: Rogue One, and it now has its star.

As Collider tells us, Diego Luna (Elysium, Y Tu Mama Tambien), adding to a cast that now includes Felicity Jones, and Ben Mendelsohn (The Dark Knight Rises). This movie will take place between Episode III and IV, and the primary plot is a plan set up by resistance fighters to try and steal the plans to build the Death Star.

Mendelsohn will play Rogue’s villain, and Variety reports this may be a “large ensemble similar to The Dirty Dozen and Saving Private Ryan.” The Dirty Dozen in space? That sounds cool…oh wait, wasn’t that how they also promoted Armageddon?

Star Wars Rogue One is slated for a December 16, 2016 release date, and Gareth Edwards (Godzilla) will be directing.

X-Men Gets a New Spin Off