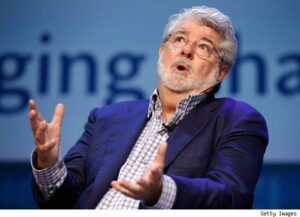 If the name Josh Trank sounds familiar, he directed the well received superhero found footage flick Chronicle, and he also directed the upcoming reboot of Fantastic Four. In addition to hopefully reviving the Fantastic Four, Trank was up to direct a Star Wars spin-off as well, but he’s now left the project.

As Collider tells us, the movie is currently untitled, it will be the second stand-alone Star Wars movie, and The Hollywood Reporter gives us the impression that Trank, who’s a pretty young guy at 30, may not be able to take on a project this big yet. (Although trying to revive the Fantastic Four is certainly no easy feat.)

The Reporter claims that Trank displayed “erratic” and “isolated” behavior, and Fox admitted there were “some bumps in the road” in making Four. A source told the Reporter Trank was “like one of these kids who comes to the NBA with all the talent and none of the character-based skills to handle it. There’s equipment he doesn’t yet have.”

Again, the guy’s practically a kid, and directing any movie isn’t easy no matter what. If most of us were left in charge of a Star Wars movie, we’d probably disintegrate into a puddle in about five seconds flat.

Ultimately we’re sure the director’s chair will be filled pretty quickly on this one, and if The Fantastic Four delivers, all will certainly be forgiven. Again, neither a Star Wars movie or The Fantastic Four is an easy project to take on, and if Trank and resurrect Four, like Netflix brought back Daredevil, he’ll certainly have pulled off a herculean task.

Quiz: Which Star Wars Character Are You?

Avengers Age of Ultron is Huge…But Not the Hugest