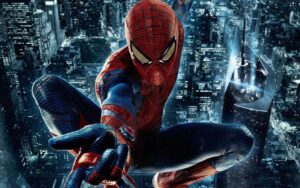 So there’s of course another reboot of Spider-Man in the works, and like Superman, maybe they outta call it a day with this character. We’ve seen this origin story told and retold how many times now, and why not give some other superheroes a shot at their own movies?

But then comes in some interesting news. There’s going to be an animated Spider-Man movie, which by itself isn’t that big of a deal, but how about the team behind the Lego Movie doing it? Okay, now it’s got a good shot, right?

This movie was announced at CinemaCon, and as I’m sure you could guess by now, it already has a release date, July 20, 2018.

Sony tells us in a press release, “Phil Lord and Christopher Miller are taking Spider-Man back to his graphic roots with the first-of-its-kind animated Spider-Man feature. The film will exist independently of the projects in the live-action Spider-Man universe, all of which are continuing.”

BTW, The Lego Batman Movie has a release date as well, February 10, 2017, which we think could be a fun reinvention of DC’s best known character as well.

Game of Thrones Piracy is Out of Control

Pacific Rim 2 and World of Warcraft Get New Release Dates