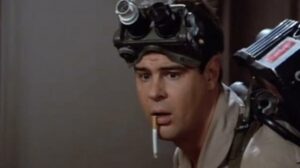 Whether you think it’s a good idea or not, the reboot of Ghostbusters with an all female team is going forward, and will be in theaters on July 22, 2016. Paul Feig, director of Bridesmaids, is in charge, and he’s well aware he’s got his work cut out for him.

As Collider tells us, the shoot begins on June 15, and it will be a PG-13 movie. Feig wants this Ghostbusters to be scary for sure, but not to the point where it could earn an R like American Werewolf. (Although, an R-rated ‘Busters is a very intriguing idea.)

Like the original ‘Busters, parts of it will shoot in New York, more interior work will be done in Boston, because shooting in New York, especially out in the streets, is very expensive.

At first Feig didn’t want to do a ‘Busters reboot until he came up with the idea of redoing it with all females. As he promised, “I’m coming into this so pure of heart. I’m not looking to f*ck this up. If we do, I will feel horrible and I will flagellate myself until the end of my days. All I can say is I think we’ll pull it off.”

Will JJ Abrams Stay in the Star Wars Universe?

iZombie Could Be the Latest Undead Hit