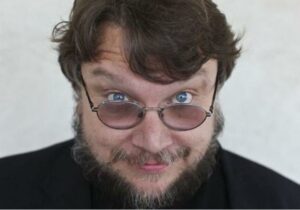 When Stephen King gave a horror film a rave review, it was the ultimate praise in the genre. When he hailed the first Evil Dead movie as lightening in a bottle, it became an instant classic. He also anointed Clive Barker as the future of horror back in the eighties, again, the result was instant anointment.

So now Stephen King is raving again, which he doesn’t do too much, so perhaps he’s really on to something when he says Guillermo Del Toro’s upcoming movie, Crimson Peak, is a winner.

Crimson Peak is coming on October 16, and it’s Del Toro’s follow up to Pacific Rim. It’s a period ghost story, and King has tweeted, “Crimson Peak electrified me in the same way Sam Raimi’s Evil Dead electrified me when I saw it for the first time way back in the day.” He added the film is “gorgeous and just f*cking terrifying.”

We’re big fans of Del Toro here on TG, and it’s always good to have him back with a new movie. There’s many fans who would love another Pacific Rim film, but in the meantime, we hope Crimson Peak will indeed deliver the goods and give us a real horror film that will scare us sh*tless.

The Crow Remake Finally Has a Lead