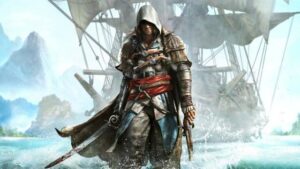 We may be in a small minority here, but we honestly think the right film could finally right the video game movie genre, which is pretty much a genre of nothing but sh*t. So now news that the Assassins Creed movie is coming together, and the prospect of an Assassin’s Creed film is very interesting in that it can provide a broad, historical canvas to set up its story.

As Deadline reminds us, Assassin’s Creed is set up at New Regency, with Ubisoft developing their game adaptations in house. Marion Cotillard is now in to co-star with Michael Fassbender, and it’s going to be directed by Justin Kurzel, who just helmed an upcoming adaptation of Macbeth.

The release date for Assassin’s Creed is currently December 21, 2016, and with over 91 million game units sold, there is a lot of potential here for a major franchise. We’re also of the opinion that if done right, video game movies could be the next big genre after superhero movies peak.

Not to mention Ubisoft’s Splinter Cell adaptation is moving ahead quickly, with Doug Liman (Swingers) on board to direct, with Tom Hardy starring.