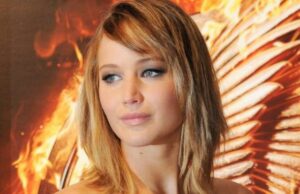 James Cameron’s going to be very busy for the rest of the decade. He’s got three Avatar sequels in the works, and the start date just got pushed back a year because the scripts need to get finished. But there’s a true story he’s wanted to make into a film for years, and Jennifer Lawrence is apparently onboard to star.

Cameron won’t be directing this movie, he’s producing this one, and it’s called The Dive. The Dive will be directed by Francis Lawrence (I Am Legend, Hunger Games), and as The Wrap tells us, it’s the story of two freedivers, Francisco “Pipin” Ferraras, and his wife Audrey Mestre, who tried to dive as deep as possible on one breath of air.

Mestre died trying to beat her previous record, which was 557.8 feet. Ferraras made an attempt to go down that deep in memory of his wife, and Cameron filmed the attempted dive.

Again, this story has been in the works for a long time, and it would have made a fascinating tragic romance in the hands of Cameron. As a big fan of The Abyss, it would also be interesting to see Cameron come back to a similar underwater environment. No word on when this movie could potentially get started, but with the team of Lawrence and Lawrence attached, we have the feeling it won’t be hard to get up and running.

What George Lucas Really Thinks of the Star Wars Trailer

Patrick Stewart and Ian McKellen Apparently Out of X-Men