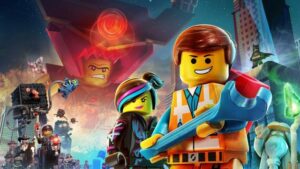 It wasn’t even a year to the day that the Lego Movie came out, and audiences and critics were delighted. It also made a ton of money, and gave Pixar a run for the money in the CG animation game.

So needless to say, a lot of people are not happy The Lego Movie got mostly passed over for the Academy Awards, especially the category you’d think would be a lock, Best Animated Feature Film, time, and the Oscars have always had a lot of politics and bullshit involved.

Peter Travers at Rolling Stone went crazy that the Lego Movie got the shaft, yelling “Damn you Oscar!” James Gunn, director of Guardians of the Galaxy, also weighed in, telling the Wrap that The Lego Movie was “one of the best films of the year…Perhaps the Tinkertoy Movie or the Erector Set Film would have fared better.”

Like the Grammys, the Academy Awards have been famously out of touch for decades, so this shouldn’t come as a total surprise. What’s most important is a wonderful new franchise has been launched, and we hope it will give Pixar a good kick in the ass to come back with another great movie one of these days.