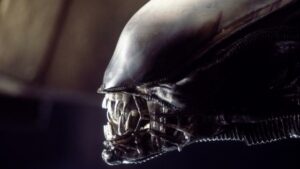 While Rolling Stone is often a very good magazine, when they do lists, they often leave me scratching my head. (The Best Guitarist List was especially ridiculous, where Eddie Van Halen and Randy Rhoads didn’t even make the top fifty.)

So now Stone has listed what they deem to be the best sci-fi films of the ‘70’s, and a number of them certainly deserve to be on the list, and again, many are head scratchers.  Like Laserblast, which is a really schlocky B movie, even by schlock standards. It made one of the funniest episodes of MST3K, but Stone listed it at number 50 because of the “undeniable nihilistic charge” you get from it.

Same thing with The Incredible Melting Man, which is also a terrible schlock-fest, and another great MST3K episode. Stone acknowledges “it does succeed as a comedy.” They list Starcrash too, which is really ridiculously bad, so putting aside all the crap on this list, what about the really good stuff?

Best sci-fi film, according to Stone? Alien. There’s of course going to be debate as to what should be number one, but Alien is still a hell of a movie, one of Ridley Scott’s finest hours without a doubt, and if it doesn’t deserve to be number one, it certainly deserves to be in the top two or three, no lower than five.