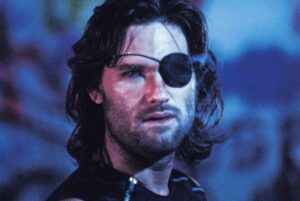 While he hasn’t directed a good movie in a long time, back in the day John Carpenter was a terrific filmmaker. Dark Star, Assault on Precinct 13, Halloween of course, The Thing, the man gave us a lot of good stuff. Escape From New York also enjoys a healthy following these days, and now it’s up to be remade again.

What, was it already remade and we missed it? Actually, what we mean is the remake rights have landed at Fox after they were originally with Studiocanal and New Line Cinema. Deadline reports they were sold at auction to Fox, who are hoping to launch a new franchise.

Snake Plissken will of course be a much sought after role, and rumor had it Charlie Hunnam (Sons of Anarchy) was up to play him, but Deadline tells us this could be what the fanboys are hoping for. After all, we’ve been reporting on possible remakes of Escape for a while now, and we’ll see if there’s any real moves to get it made in the new year, or if it will languish in development hell.

BTW, Deadline feels Kurt Russell could come back to play Snake, and we’re all for that. It would be nice to see him redeem the character’s legacy, because Escape From L.A. sucked, and Russell isn’t keen on someone else taking over the role, which is one of his favorites.

First Blackhat Reviews Are In

Transformers Age of Extinction Could Dominate the Razzies