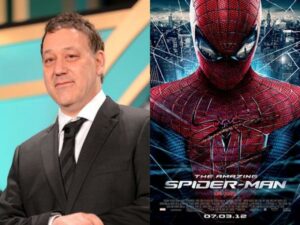 The superhero movies can often be sporatic. Spider-Man 2 was great, the third one was a mess. Batman Begins and The Dark Knight were great, The Dark Knight Rises left a lot to be desired. Now Sam Raimi has publically admitted that he screwed up Spider-Man 3, big time.

Even though Raimi had a lot of experience in special effects going all the way back to his Evil Dead days, he admitted to the Nerdist and the Hollywood Reporter that “each and every one of those Spider-Man movies were pretty damn challenging.

“I messed up plenty with the third Spider-Man, so people hated me for years – they still hate me for it. It’s a movie that just didn’t work very well.”

We love Raimi’s work, and we definitely give him a pass on his Spider-Man faux pas. It’s too bad the series couldn’t have been more consistent, but we feel Spider-Man 2 was one of the best comic movies ever, and we’d rather run the risk of Spider-Man flopping with Raimi than see it wind up in the hands of some hack.

Was the Sony Hack an Inside Job?

The Most Anticipated Movies of 2015