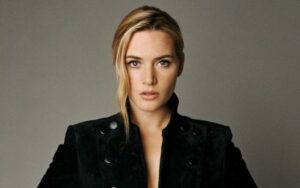 So we’ve learned a lot about the behind the scenes drama behind the Steve Jobs biopic that was originally going to be made at Sony, then finally landed at Universal. There have been a number of ups and downs on this one, but to make a real movie about the life of one of tech’s greatest icons is absolutely worth weathering the storm.

As it stands, the cast is Michael Fassbender as Jobs, Seth Rogen as Steve Wozniak, with Jeff Daniels in the running to play John Scully, the president of Apple. Now Variety tells us Kate Winslet is up to play the female lead, although it’s not clear who that would be, possibly Jobs’s wife Laurene Powell, although another report tells us it could be the role of Steve’s daughter.

As we’ve learned from recent reports, Universal is trying hard to put the Jobs movie in a fast turnaround, even with Christian Bale and Leonardo DiCaprio bailing on the lead roles. Sorkin’s script is reportedly three scenes long, with each scene half an hour long, which you wouldn’t think would take too long to shoot, and the powers that be are hoping to have it ready by Awards season next year if it can get made quickly enough. (Although it may want to steer clear of Star Wars, which is now officially less than a year away.)

Even with all the mishegoss that’s gone on behind the scenes on Jobs, we’re glad to keep reading and hearing that things are still going forward on this one, because the life of Jobs deserves a strong movie, and we’re curious to see what director Danny Boyle, Aaron Sorkin, and a top notch cast can do with it.

Liberace Hologram May Tour the World

Another Rock Series is Headed to Cable, Thanks to Scorsese and Jagger