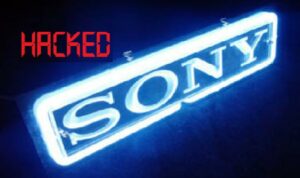 The aftershocks of the hack on Sony have been reverberating all over the news, especially with the embarrassing studio executive e-mails that are now public knowledge. You would think in today’s extremely tech savvy age that there would be plenty of ways to safeguard your computer systems from this kind of thing happening, which is unfortunately not the case.

According to The Hollywood Reporter, the FBI has stated that this kind of cyber invasion could have hit “90 percent” of companies out in the world, and that very few would be able to defend themselves from it.

As one member of the bureau’s cyber division said, “The malware that was used would have gotten past 90 percent of the net defenses that are out there today in private industry and would have been likely to challenge even state government.”

The FBI still doesn’t know who’s responsible for the Sony hack, and as we now know, a group calling themselves “Guardians of Peace” have claimed responsibility, and besides a large amount of money, there’s also the demand that the comedy The Interview not be released. While the government of North Korea denies having anything to do with this, they also praised the hackers for the damage they’ve caused.