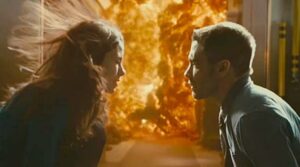 While Source Code wasn’t a huge hit, it was directed by Duncan Jones, who directed the acclaimed sci-fi film Moon, and who also helmed the upcoming movie version of World of Warcraft, which is coming in 2016.

Apparently there’s enough good will for the first film, which starred Jake Gyllenhaal, and which Variety said did “respectable” business when it came out in 2011. (Source Code made over $200 million world-wide on a $30 million budget.)

The original screenwriter, Ben Ripley, will write the sequel, but apparently Duncan Jones won’t be back to direct. Anna Foerster (the Starz series Outlander) will apparently be helming this time around.

So if the sequel gets made, and they can get Gyllenhaal to return, will there be enough of a fan following that remembers the original who will come out at the box office? Good question, and if Warcraft is a hit, maybe it will build a bigger cult for Jones, who has made quite a name for himself as a filmmaker.

Should There Be More Tolkien Movies?