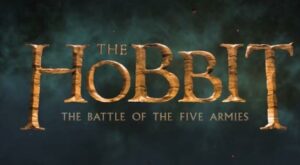 Although many fans can’t get enough of Lord of the Rings, there was a bit of an uproar over The Hobbit being split into three movies. For many, the first installment was slow as molasses, and with Mockingjay Part One also being criticized for unnecessarily being split into two movies, many felt Peter Jackson was being greedy.

The second Hobbit installment was certainly better received since the first one, much like the first Lord of the Rings installment set up the characters and the plotline, then the second flick went straight into the action. The third Rings film was the best of the trilogy, so how does the Battle of the Five Armies fare?

Variety writes that “All’s well that ends well as Peter Jackson rousingly brings down the curtain on his uneven but laudable Lord of the Rings prequel…This is the way The Hobbit ends: not with a whimper, but with an epic battle royale.”

Variety also noted that this installment of the Hobbit is the darkest chapter, and the shortest at 144 minutes.

It looks like the Variety review could be the consensus, because The Hollywood Reporter also felt the “third time’s a charm,” and “the final visit to Middle-earth is the most purely entertaining.”

Will The Stand Be Four Movies?