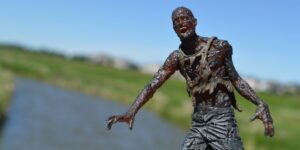 Zombies are supposedly the most feared fictional creatures. Even though you might never meet one in real life, there are plenty of TV shows and movies that are based on zombies.

Today, you wouldn’t just experience the zombies on TV shows and movies, but also in mobile games. This way, you can enjoy the action by blowing the zombies heads off. But we are here to talk about the best zombie tv shows and movies ever. So, let’s get on with it.

This TV show is one of the best of all time. If you are faint-hearted, this show might not be your ideal series. The series is already in its ninth season, and there is a lot of things to know about it.

Most definitely, you have heard about the Walking Dead, even if you haven’t watched it yet. The show welcomes the viewers to Sheriff Deputy Rick Grimes, who is played by Andrew Lincoln. The sheriff was wounded during a shootout with some convicts. As a result, he fell into a coma and suddenly woke up in a zombie apocalypse.

Here is where things get interesting. As a result, Rick Grimes is confused about what to do next. He then sets out to find his family, and he is linked to a group and becomes the leader. The sheriff helps the group to survive in the zombie-infested city. The point is to survive through it all.

The cinematography, costume design, special effects, and the chills the tv show sends are all top-notch. Of course, you will not expect some fast action-filled scenes. Truthfully, the show is slow, but don’t be fooled by that. But the show isn’t just all about zombies. Instead, it is more of a love story that features zombies.

You can watch the Walking Dead online to experience this goosebumps-filled Tv show.

Brad Bitt is not new to action-filled movies, so his performance in this zombie movie is one of the best. Mr. Pitt plays the role of a former UN ambassador, who fights an attack of zombies that are all over the world. For the record, World War Z is the highest-grossing zombie movie of all time. What makes it harder for Pitt, The Ambassador to eliminate the zombie plague is how quick they multiply.

Whenever a zombie bites a person, they would turn into a zombie. The only way to prevent that is by amputating the bitten body part, which is a major challenge. One fun fact is that the whole third act of the movie was rewritten and re-shot even after the initial shooting commenced.

This CW TV show is not just a zombie series, but it also features some funny scenes. The show follows medical resident-turned zombie, Olivia Moore, played by Rose McIver. Liv Moore turned into a zombie just after her after-party didn’t go as expected. Nonetheless, Liv doesn’t want to live in the word of the undead. For that, she decides to remain as a zombie living with humans.

Liv decides to satisfy her zombie nature by working at a morgue. There, she can feed on brains of the freshly-dead bodies. However, the brains don’t only satisfy Liv’s cravings, but it also makes her gain the memories and personalities of the brains she eats.

Since she has the memories of the dead people, Liv can now solve criminal investigations. This is yet another TV show that combines several genres. It touches on comedy, horror, romance, and crime. While the camera work might not be as top-notch as The Walking Dead, it still qualifies as one of the best zombie TV shows of all time.

Z Nation is a horror, comedy, action, drama, zombie series that is completely different from the Walking Dead. The Walking Dead is slow, and it has a whole lot of suspense, but Z Nation is action-filled, and it is faster than TWD.

Z Nation promises to leave you breathless, and offer you some thrilling experience. The zombies in Z Nation are filled with rage, and they are semi-intelligent, compared to the zombies in other TV shows/movies. If you prefer a TV show that zombies waste no time in bringing some action to the scene, Z Nation is the one for you.

This Tv show is all about a zombie virus that traumatized the US, and a team of heroes must handle the situation and transport the only survivors from the zombie plague. Z Nation is in its fifth season, and there is more to expect from it as it nears the end.

This is one of the leading zombie movies, and it is quite interesting as well. Warm Bodies is a drama and romantic TV show about a serious plague that ended up dividing the population of the world. There is a conflict between humans and zombies.

However, there is one unique zombie, R, who’s played by Nicholas Hoult. Surprisingly, R helps a lady, Julie, played by Teresa Palmer, who is being attacked by a zombie. After this, Julie is impressed by R’s unusual nature, and this is where their relationship begins.

The more R and Julie fall in love, the more R becomes human, and this is expected to change the zombie’s life. You can relate this love story to that of Romeo and Juliet, only that this one involves a Zombie.

This is yet another top horror-comedy tv show that offers the audience some good stuff. Two married realtors, Drew Barrymore, and Timothy Olyphant, who played Sheila and Joel respectively, are enjoying a happy and quiet life with a lovely daughter. However, things go crazy when Sheila dies and turns into a zombie.

Her loving husband is still dedicated to the marriage, and he vows to help his wife kill and eat humans in the neighborhood. You can be sure of coming across some funny scenes as you watch this amazing tv show. The killing and eating of humans will also send some chills down your spine.

So, which is your most-loved zombie movie or TV show? Do you have one that you are already following now? Which one do you plan to watch next? Share your thoughts with us.