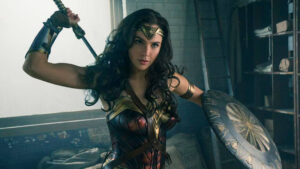 Director Zack Snyder, of Batman vs Superman fame (or is it?),is all set to add another name to the DC universe – with Wonder Woman which hits theatres in June 2017.

With a trailer set against an Enya-esque soundtrack, seemingly intrinsic to superhero movies, the audience is introduced to Wonder Woman, played by the Israeli actor Gal Gadot, earlier seen in Batman vs Superman, as well as The Fast and the Furious series.

The trailer shows a bemused Wonder Woman coming across a man (Chris Pine) for the first time.

She has dark hair, speaks with an accent and seems to be replete with sensual mystery (not sure if it’s too soon to jump the gun on exotic stereotypes).

On the other hand, the character also seems to be relatively less sexualised when compared with other woman superheroes. However, only the film will tell if it stays true to this promise throughout its entirety.

Check out the trailer below.