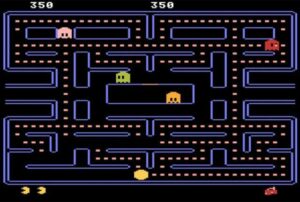 As a nation we love to game, in fact it’s becoming something of a national past time as more and more people have access to games on the go and new technology allows us to explore new worlds. The gender split across self confessed gamers is interestingly a near 50/50 split between men and women, and as the nation ages there will be a strong older demographic still playing games in their spare time.

There are certain games that have continued to evolve and therefore are played regularly; Mario and Zelda are good examples, as well classic bingo games or online adaptations of those you play on slot machines.

Nintendo has a strong love for all things retro, and knows which titles are popular with its fans so doesn’t stray away from them! The latest E3 conference was a nostalgic roadtrip for many of us: the developer announced a new Zelda title – Breath of the Wild – to be released on the WiiU in the near future. The franchise isn’t Nintendo’s most commercial series but it went down a storm at the conference with die-hard fans impressed by the new open world platform, stunning visuals and RPG gameplay. This new Zelda title is also the first one in the series that features voice acting.

The latest Pokemon game is another Nintendo title that has enjoyed a recent resurgence with Pokemon Sun and Moon. The Pokemon franchise has been around for 20 years now, and is constantly being developed and updated with new characters and monsters to catch and evolve.

Fifa is another game title that has been around a fair few years, with a new game released annually at the end of the year – just in time for Christmas. The first game (Fifa 94) was released in 1993, so would have been played mostly on the Mega Drive. Fifa 17, recently unveiled at E3 is taking a new tact when it comes to gameplay, and for the first time features a story mode, powered by the Frostbite engine.

Known as ‘The Journey’, players can follow the story of fictional footballer Alex Hunter and every decision you make in gameplay will affect your performance on the pitch. The developers have brought in a team of real football players and writers to create an authentic storyline to enjoy but we will have to see if this new development pays off.

As long as we want to play more of the titles we love, popular games will continue to be developed.  Remastered versions are also popular, with the latest game titles being upgraded including the Batman Arkham series and Skyrim – the Bioshock series has just been added to the list. Technology will also continue to have an influence on the evolution of games, as we see beloved titles transformed into app based games – such as Lara Croft Go and Fallout Shelter – that we can then play on the move.

How to Run a Business Without a Building