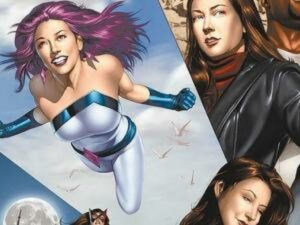 Next year we not only have The Avengers Age of Ultron coming next May, but Netflix has five Marvel series coming up as well: Daredevil, Luke Cage, Iron Fist, and more.

We’ve already seen the early photos from Daredevil, and now Collider reports production is getting ready for Jessica Jones, Iron Fist, and Luke Cake, along with, you guessed it, a superhero team with The Defenders.

Collider and Deadline tell us that Melissa Rosenberg of Twilight fame will be spearheading Jones, and actresses are being looked at to play the lead including Krysten Ritter (Breaking Bad), Alexandra Daddario (Percy Jackson). Teresa Palmer (Warm Bodies), and Jessica De Gouw (Arrow).

As to who could play Luke Cage, the candidates include Lance Gross (Crisis), and Mike Colter (Following). Cage will also crossover to the Jessica Jones show for a number of episodes as well.

We’re especially excited about the Netflix series, which are giving lesser known superheroes, baring Daredevil of course, more attention. A Luke Cage movie would be really cool, as well as a movie giving Daredevil his due, but we’ll certainly settle for cool Netflix series as well.