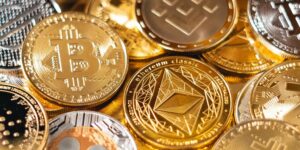 But it all depends on you! In a bid to uncover more ways blockchain enthusiasts could make money online, we stumbled upon Wolfystreetbets (also Wolfy) and believed our readers might just like what they read. These guys (Wolfystreetbets) are trying to improve their industry and we welcome readers to review what they’re up to. But before you get to do that, let’s share what we found online.

Wolfystreetbets is a multi-chain ecosystem that reportedly rewards its users for accurately predicting an outcome. They have their sights set on closing the gap between the decentralized and centralized prediction markets. A major determinant of whether decentralized finance (Defi) can catch up with the traditional financial system is the number of new and active users. Not many Defi platforms have been able to successfully attract new adopters. We worry about Wolfy too. But then, they promise reward systems that are not under the influence of any central body or authority.

If the information above is anything to go by, they might just stand a chance at achieving their goals. Back to topic. Compared to the centuries-old centralized finance system, Defi is but an infant with little street credibility. In fact, we shall now take a peek into the world of decentralized finance to have a fair idea of the good mass adoption of the system will bring.

The World of Decentralized Finance (Defi)

As of 2018, 31% of the world’s adult population are still unbanked, according to a report by the World Bank. The percentage of those unbanked is not as threatening as when you know the exact number, a massive 1.7 billion people. The number of unbanked people can be further reduced by making the people feel safer with the current financial system, and if the barriers that get in the way of onboarding them are considerably lessened. Particularly with automated and secure features of handling everything finance without petty restrictions from the conventional financial system.

What are these barriers we speak of? Intermediaries charging high transaction fees, influence from the bureaucratic company heads, a “customer second, profit first” approach, etc. DeFi technology simply prioritizes the end-user’s satisfaction and ensures transactions and services are swifter, cheaper, and completed without failure. All this is due to its “smart contracts” feature.

As Defi is on its way to catching up with the traditional finance system, it will need to create solutions that mirror those of its counterpart. With energy inotion, it was only natural that the decentralized stock and asset prediction market came as no surprise. This new development meant that crypto enthusiasts would not need to use the regular prediction market as before.

It would be nothing short of unfair to compare both centralized and decentralized prediction markets as the former isn’t even up to a decade yet. However, the decentralized market has grown in leaps and bounds in such a short time, with Coingecko estimating it to be worth just over half a billion dollars.

It is common knowledge that increasing market volume drives up the worth of businesses. Conversely, a large number of new and active adopters push upmarket volume. For this reason, Defi startups have been creating more inclusive solutions that would attract skeptics and centralized finance fanatics alike. This is where wolfystreetbets enters the conversation.

Wolfystreetbets is Bridging the Gap between Decentralized and Centralized Prediction Market

The first thing you’d observe about Wolfystreetbets is their promise of a true decentralization (the absence of treasury, marketing funds, or team). Beyond that, the project could potentially metamorphose into a Decentralized Autonomous Organization (DAO). This is because the team reveals through its resources and materials that there will be more interesting additions to its ecosystem.

But then, it would seem that the major features that have got people talking are its reward system and the fact that the project is built on the Ethereum mainnet. We found that users can be rewarded for two major things:

Other than the ways earlier mentioned you can also make money from Wolfydtreetbets by staking your crypto assets against stocks; protecting your investments against loss by hedging them; funding the liquidity pool with your crypto assets in return for an agreed annual percentage yield.

While the centralized market may be centuries older, it is no secret that Defi is making the right moves to overtake the former. With the growth rate postulated by industry leaders from both sides of the divide, anyone who neglects this niche may be up for a good friend and regret as many people did for Bitcoin and Ethereum. While Wolfy seems determined to make a difference in this industry, only time will tell. And the press will keep an eye on them!

How to Register a Company in Cyprus

How to Lower Your Car Insurance Premium?