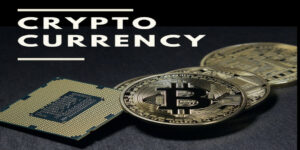 You don’t have to be a seasoned stock market veteran to understand that the price of investments can be volatile. Whether you’re having a spot of day trading practice in a demo account or managing a multi-million pound portfolio, you should know and understand the role that risk plays in the markets.

However there’s normal volatility and there’s the sort of capriciousness seen among the cryptocurrency market. The likes of Bitcoin in particular are prone to wild swings – gaining and losing thousands of pounds in the blink of an eye – the sort of thing that has set this asset apart from others, attracting headlines in the media and causing furrowed brows among traders. So, what causes the cryptocurrency market to be like this?

No-one knows what it’s worth

What is a fair price for a cryptocurrency? The chances are that many assets in this market have been over-priced in the last year. But no-one really knows for sure and that makes it difficult for the market to settle on a fair valuation. This isn’t a tangible asset like a commodity or a company with annual accounts to guide the share price – it’s new and yet to be properly understood.

There’s been a bubble

What is fair to say, however, is that there has been plenty of hype about cryptocurrencies, in particular Bitcoin. This hype has helped to fuel growth – with people keen not to miss out – which, in turn, has fuelled further growth and the creation of a bubble. Many analysts and sceptics have rushed to predict when and where the bubble will burst, with nervousness around this helping to cause price swings.

About 40 per cent of the Bitcoin is held by roughly 1,000 users. These people are, as Bloomberg points out, known as whales and are seen to hold great power. One person, shifting a large amount of Bitcoin at one time can cause a substantial ripple throughout the market. There is a feeling that many whales probably know each other and talk about their investments. Given that this is a digital currency and not a security, experts say there’s not currently anything to stop a group agreeing to buy enough cryptocurrency to push the price up and then cash out within minutes.

Cryptocurrencies have proved a popular investment choice for millennials. It’s easy to see why. They’re new, exciting, digital and there’s a sense that you can make a decent amount of money quickly. Yet attracting a band of novice traders can, in itself, increase the chances of volatility – with amateur investors more likely to panic at slight price movements, partly due to their inexperience and partly because they’re typically less likely to have as much disposable income to risk.

Part of the attraction of cryptocurrencies is that they’re free from the control of central banks and governments – as well as the privacy they offer. These factors are, however, also attractive for people who want to engage in unsavoury practices. Whether it be market manipulators or people selling illegal goods – cryptocurrencies have attracted negative headlines as well as positive ones and this all effects the price. This does look set to change – with governments across the globe looking at ways to rein in cryptocurrencies with regulation (South Korea being a notable early example). While that might clamp down on unsavoury practices, however, these regulations do risk diluting the appeal of cryptocurrencies in the first place – which means that each new batch of rules also causes further price volatility.

How to revamp your customer service using social platforms