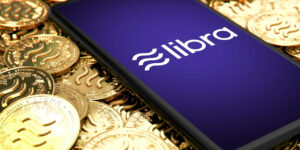 Libra coin is a permissioned blockchain and cryptocurrency founded by Facebook. The coin has yet to be launched, and only experimental code has been released so far. When the Libra cryptocurrency was announced in June 2019, 28 companies signed up to be part of The Libra Association. Paypal, Visa, Mastercard, and Coinbase teamed up to help build and operate services associated with the Facebook coin. However, investors have started pulling out of the project with many citing regulatory issues surrounding the Libra coin. So, why are investors pulling out of Libra coin? Let’s take a look.

Who’s pulled out so far?

Want to know why investors are pulling out of the Libra cryptocurrency? Things seem pretty divided at the moment. Some are citing regulatory issues, while others aren’t really giving a reason at all.

Paypal was the first company to pull out of The Libra Association in October, but they didn’t really give a reason. In a statement, Paypal said that it had decided to “forgo further participation in the Libra Association at this time and to continue to focus on advancing our existing mission and business priorities as we strive to democratize access to financial services for underserved populations.”

However, in an interview with Fortune, Paypal CEO Dan Schulman said that they pulled out because it didn’t really seem like Facebook had a clear idea of where Libra coin was going (although not in so many words). He said, “It was just about, “Where do we want to put our attention, and what do we want to do today to advance our mission?” Once they start figuring things out, we’ll take another look at where they are.”

EBay was once the largest e-commerce company, but it has since been knocked off its throne by Amazon. EBay was also originally involved with the Facebook coin, but has apparently decided not to move forward as a founding member of the Libra Association. Again, they don’t cite a reason as to why they made their decision.

Visa has also made a swift exit from the Libra Association. However, Visa seems open to potentially rejoining the project saying that its future participation would be largely dependant on Libra’s “ability to fully satisfy all requisite regulatory expectations.”

What has this done to Facebook’s stock?

Since the Libra coin was announced on 18 June 2019, Facebook’s stock prices have fluctuated quite dramatically. One 12 July 2019 they hit $204.87, the highest for the year (at the time of writing) but plummeted shortly after. As of 5 December, Facebook’s stocks are sitting at $198.71. It should be noted that Facebook’s stock rose shortly after Libra’s announcement, and fell to $174,60 on 2 October. This was two days before Paypal pulled out of the Libra Association.

Facebook’s stocks seem to be on the up, so now’s probably a good time to get in. You can trade Facebook stocks on platforms like eToro. And who knows, if Libra ever comes into fruition, you’ll most likely find it there too.

We've said from the beginning that Libra shouldn’t and wouldn’t launch without the appropriate regulatory oversight and addressing legitimate concerns. Every time someone agrees with us, it doesn’t constitute a “blow” or “setback.” Innovation and regulation can live in harmony.

Why are investors pulling out of Libra coin? Regulatory issues seem to be the main focus, although it looks like the problem really comes down to a lack of faith in Facebook’s ability to really pull this project off. Are Visa, PayPal, Stripe and EBay wrong for having pulled out? Only time will tell. As for right now, the Libra Association is still ongoing but things seem a little shaky.

Common Mistakes Made When Migrating Your Web Hosting Service

Pitfalls To Avoid When You Are Self-employed