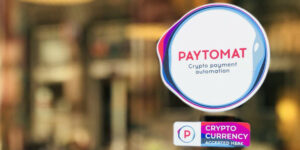 The spread and use of cryptocurrency is growing by the day, but it still has a long way to go. The fact of the matter is that cryptocurrency is not being spent as widely as it should be, due to low levels of adoption outside that of crypto investors and enthusiasts. This issue, by and large, stops merchants from promoting their sales to crypto users. In such a scenario, it’s only natural that automated decentralized exchange solutions for cryptocurrency, like Paytomat, are something that is quickly gaining ground. The services of Paytomat entail token reward applications encouraging merchant purchases and orders for raw materials, services and goods, and crypto exchanges to grab large shares of the market.

Paytomat has been doing a fantastic job of demolishing barriers between the different crypto teams, customers, and merchants. Encouraging the use of cryptocurrency across supply chains, also within client segments, will increase the volume of transactions and lead the way towards more of mainstream usage.

Paytomat enables the users to receive and send payments in more cryptocurrencies than one. Currently they accept 11 cryptos with their list continuously expanding: XEM, LTC, DASH, WAVES, ETH, BCH, NANO, ZEN, DCR, XZC and BTC. The aim of the platform is the enhancement of payment procedure by a reduction in the number of intermediaries that are involved. The payments are made highly encrypted which means that they are more secure than traditional online payment options.

The smart contract is used for the negotiation and closure of payments between transactional groups. After the agreement is established, the smart contract is used to verify the accuracy of payments and then expedite it to the right counterparty. It also imparts transparency to the procedure, as it’s used for auditing later on. The merchants and the other users, thus, place greater amounts of trust in Paytomat cryptocurrency gateways.

Paytomat has three kinds of tokens, namely PTI, PTM, and PTX. Among these, PTM is the foundational currency of Paytomat which allows it to create the standardized environ for smart contracts. Do not mistake PTM as just another crypto, as Paytomat has its own PTM Blockchain for the creation of loyalty incentives for using other Blockchain and Cryptos in real life.

PTX is an asset token designed to become the basis for customer loyalty. Simply speaking, its functions are similar to that of bank cashbacks or flying miles. These are sent directly to the wallet of the customer which they can collect as rewards. Finally, the PTI or the sales token is more of an interim token. Before PTM is released, PTI will be listed on the crypto exchanges.

Paytomat is a platform that incentivizes the transactional use of crypto through decentralized POS terminals. As an independent system, Paytomat gives you absolute freedom over where, when and how you wish to conduct the payments. The platform enables a standard network to be used by numerous users around the globe without the necessity of having different apps.

A smart contract with the predetermined considerations improves the speed of transactions. Paytomat Blockchain uses existing POS and has successfully deployed it on 400+ merchants. It will streamline the acceptance of payment in crypto for the merchant and give out an extra incentive to the customer to pay in any of the four accepted cryptocurrencies of Paytomat without any extra conversion charges.

The Personality Pitch – How to Define Yourself as a Franchisee