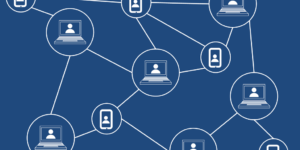 Certainly, social interactions have changed in the recent years courtesy of technology and networking. As a result, people are glued to their phones using every social media platform available. Many people, especially millennials, seem to ignore any other aspect of their life and get attached to their tablets or smartphones for the better part of the day. Luckily, many apps keep them busy all along. An App like Tinder, for example, is an app that has been used across the globe as a dating platform, bringing people closer though continents apart. Similarly, other Apps are equally available, used as a cross-platform to find your next date.

On the flipside, the need for contact with the real world is becoming crucial. Consequently, other APP platforms like HOOCH have evolved to counter this type of lifestyle where people live on their couches. The developer has introduced a new digital platform dabbed as TAP Coin. In fact, it is an evolution of HOOCH. However, it is a decentralized platform where consumers will receive rewards and brand insights. Moreover, it will get people off their digital lifestyle by awarding them great rewards and offers for exclusive use.

These offers and discounts will include Hotel luxury discounts and offers, bar and restaurant offers among other discounted rewards. Generally, the old HOOCH and HOOCH Black and others such as My Vanilla are bringing new operations from their old real communication platform. However, it will use an advanced technology based on new inventions and innovation.

The secret behind the new platform is that it will integrate Blockchain technology into the new digital token TAP Coin. It will bring new oomph into the daily operations of hospitality and experience. Users of TAP token will get rewards and offers after making transactions at partner venues. Every credit or debit card transaction will be rewarded, acquire pre-negotiated perks and discounts on each of the hospitality purchases. Undoubtedly, a decade ago the word Blockchain was a buzzword. However, it is now becoming a popular and common phrase used by almost everyone.

Blockchain will be used as the base platform that will help users and consumers of TAP to receive data, discounts, and insights in real-time. Moreover, this technology platform will be used to enhance peer to peer sharing among consumers. Additionally, the use of blockchain has relatively low costs, and thus each of these transactions will only take a fractionless count on the cost of the transaction. At the same time, modern advertising and sample programming have been enhanced through Blockchain technology. Ultimately, making each of these transactions secure, safe and instant.

Currently, the number of users on TAP Coin has been increasing rapidly due to its popularity. It is based on bringing people together by sharing discounts, offers, and bonuses by getting out of the house and walking into TAP Coin venues. Thus, users can get to these venues, as well as socialize at relatively lower costs. Most importantly, some of these venues will provide additional luxury from high-end venues.

6 Business Processes You Didn’t Realize You Could Outsource