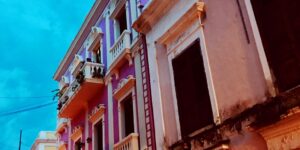 It has been six months since Category 4 Hurricane Maria decimated the island of Puerto Rico on September 20, 2017. Following the storm’s devastation, Puerto Rican officials sought $94 billion in federal aid for the long recovery ahead.

Now underway, the recovery and rebuilding process has been (understandably) a major undertaking and is extremely frustrating for the people trying to return to normal.

The biggest struggle facing the residents was the widespread loss of power. The blackout, lasting over 100 days, was the largest of its kind in US history. Recent estimates state that around 90 to 95 percent of customers on the island will have power restored by the end of March.

The hurricane spurred mass migration from the island; in November 2017 over 200,000 people had already arrived in Florida, and experts predict the exodus to continue over the next two-year window. Experts are predicting that nearly 500,000 people will leave Puerto Rico over a two-year period. That would be about double the typical migration off the island due to the extended economic downturn over the last ten years.

The real question that remains is: how many residents will return after normal life has been restored? One survey found that roughly half of the evacuees from Puerto Rico have not yet decided whether to return to the Island. One third intend to do so, while fewer than 20% plan to stay in the State where they are currently living.

In a survey of more than 6,000 Puerto Ricans in the U.S. the majority seemed uncertain about whether their family members intended to return

The availability of viable drinking water and medical treatment will also have an impact on how much of the migration from Puerto Rico becomes permanent.

As people return to the island, they will obviously need housing. There is also an influx of people moving there to work construction on the recovery. The real estate industry will take time to recover, and for investors, it will be a buy and hold scenario for a few years.

Deirdra Funcheon of Bisnow.com detailed how Puerto Rico can recover after Maria. A large portion of the recovery can benefit from legislation passed earlier this decade to help stimulate the economy even before the Maria hit. Here is an excerpt from her article entitled How Puerto Rico’s Real Estate Can Bounce Back After Hurricane Maria:

“Yet, amid the distress, a set of tax loopholes created in 2012 has attracted foreign investors and private bankers. Act 73 created loopholes for businesses acting as International Financial Entities. Act 20, the Export Services Act, entices certain businesses to relocate to Puerto Rico and export their services. Corporate profits are taxed at a flat 4%, and dividends paid from profits on exported services are 100% tax-exempt to individual recipients. Act 22, the Individual Investors Act, provides complete tax exemptions on dividends, interest and capital gains for persons living half the year in Puerto Rico. Puerto Rico’s Act 22 was passed to bring high net worth individuals to the territory. To qualify for this tax incentive, you must be approved by the government, buy a home within your first few years of residency, and spend a minimum of 183 days a year on the island.”

Read more about the economic legislation at Bisnow.com.

Deedcoin, a real estate blockchain startup, is actively getting involved in helping with the recovery. Deedcoin uses DEED token to allow customers to purchase discounts off real estate commissions. Instead of paying 6% to sell a house, Deedcoin offers agents that operate on as little as 1% commission. Deedcoin has recently added agents to their broker network specifically in Puerto Rico to assist both buyers and sellers. 100% of Deedcoin used to purchase or sell property in Puerto Rico will be donated to charities partnering with Deedcoin on this project. Additionally, Deedcoin will authorize the sale of DEED during their whitelisting phase to those purchasing real estate in Puerto Rico during the recovery effort. A core member of Deedcoin commented, “We will be announcing our charity partnerships for this project in an upcoming press release.”