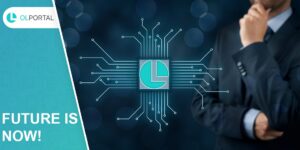 The developers of the OLPORTAL application that belongs to the OLCF Corporation has recently told about their decentralized messenger with the function of the Artificial Intelligence dialogue. The company plans to finish the project in the nearest future.

It is to be noted that the company has been moving to the implementation of its global idea systematically and steadily for several years. During that period, the main concept of the OLPORTAL product has been established and a huge amount of work in creating a basis capable to combine all elements of the announced ecosystem has been done. Today the function of binding social media and messengers is already implemented in OLPORTAL. Due to this feature, a user can add/delete information related to social networks and messengers right from his or her account. Now all forces of the company are directed to the implementation of Artificial Intelligence and the entire decentralization of the project.

Besides, OLPORTAL’s users receive an OL-number after the registration in the application. Such numbers make searching of users simpler. Users can view pages of their friends, scroll news feed, and post various content on all customers’ social networks binded to the application by means of such an account. However, the main schtick of this account is that all data will be decentralized and logging in the application will be protected by a reliable authentication system.

The company also plans to conduct decentralization of the messenger, all correspondence and personal data of users will also be protected. According to the developers, this messenger will differ from numerous existing similar applications in the opportunity to create OLAI bots with the Artificial Intelligence, based on hybrid Neural Networks. The development of bots will help to cope with the problem of everlasting typesetting and also add some freshness to the ordinary process of communication, as developers say.

It is also known that it will be possible to sell trained neurobots of OLAI to other users right in the application. This means that everybody will be able to earn some money in the messenger.

You may find more details on the project on olportal.ai.

The Best Gifts for College Students