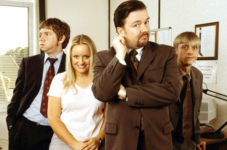 One of the biggest problems with regulating the environment so far has been maintaining accountability and aligning incentives. As long as people can damage the environment without anyone knowing or holding them accountable, things will get worse.

NeEra Energy (“NeEra”) believes that the blockchain serves as a perfect answer for solving this problem in a technologically secure manner, and allowing players of all sizes to take part.

NeEra, a blockchain-enabled carbon credits certification protocol, is a company that first noticed how the majority of companies in Vietnam could not follow through with green projects, because of regulations that limit foreign investment. For instance, in Vietnam, with domestic-only resources, greenhouse gas emissions will only be reduced by 8% by 2030. In contrast, with international support, this will increase to 25% in by 2030.

Blockchain allows for money to move across borders easily outside the regulation of the banking systems. In Vietnam’s case, this means investors can now easily allocate money towards profitable and beneficial projects in the Asian nation. NewEra’s protocol was first announced last month at Vietstock Blockchain Summit 2018 to great local and global interest.

NewEra is built on a patent-pending blockchain ledger that tracks how many emissions individuals and companies save and earn across the globe. They have established a number of partnerships with NGOs in order to build up this technology. NewEra’s blockchain network will track and verify people’s carbon usage and offer monetary incentives for reporting and lowering their emissions. Furthermore, people can earn a second token (Emission Reduction Units (“ERUs”)) for providing green energy processing for the main network.

As the table below shows, the NewEra blockchain is a vast improvement from existing carbon credits schemes in terms of transparency, speed and efficiency, auditability and cost. Under the NewEra blockchain, it is cheap and convenient for any one or any company to participate in green activities and be recognised and rewarded for it.

One of NewEra’s best use-cases as a cryptocurrency technology is that it better allows for money to be invested wisely into green technology, regardless of borders. With this increased transparency and accountability, investors are better able to know they can make a difference and also make a profit. Places such as Vietnam, Malaysia, and India can now get better access to investor funding and investors will have more opportunities.

Being True to NewEra’s Mission

NewEra also adopts a double cryptocurrency system allows for the company to ensure their processing requirements are energy efficient and do not result in more environmental damage. The ERUs rewarded to users for their green activities can be converted to NERA tokens on NewEra’s blockchain.

Bitcoin and many other cryptocurrencies are beginning to get backlash for how energy intensive they are and the strains it places on energy consumption rates. Rather than allowing factory mining facilities with huge emissions to get set-up, NewEra is keeping all transactions eco-friendly.

NERA tokens would be transacted and stored on Ethereum itself and ERUs will be stored off chain and sync-ed (for example, if and when ERU is to be converted to NERA tokens) with Ethereum when needed. ERC20 tokens can thus interact via exogenous logic to off-chain elements.

NewEra’s blockchain allows for every green act to be rewarded, regardless of how big or small. Where it is installing rooftop solar panels or using a reusable bag at the supermarket, a user will just need to log his activities into NewEra’s system conveniently via app for verification by NewEra’s consensus protocol and be rewarded with tokens from the NewEra blockchain.

Riding on the Waves of Green

China, with its major cities like Beijing and Shanghai constantly facing air pollution issues, has been steadfast in recent years of how to minimise pollution. President Xi Jinping has coined the now-famous saying in China, “Clear waters and green mountains are as valuable as mountains of gold and silver”, and China has launched the world’s largest carbon credits scheme.

The focus that nations such as China are putting into protecting the environment and carbon credits will bring greater awareness and incentivisation to individuals and corporations alike.

Since a major component of the NewEra framework is this new world based on tracking our emissions and rewarding good behavior, we will be better able to hold people accountable for polluting and damaging the environment. Ultimately, since emissions will be tracked decentrally, no single country can decide to ignore the rules.

Furthermore, the security of the blockchain, ensures that data reported maintains accurate and untampered. Since all information will be held decentrally and easily verified by multiple parties, no single player, institution, or government can change the data or the rules.

This is important because there has been a tendency for governments or countries to only obey climate initiatives when it is in their best interest, but there has never been a decentralized means of keeping people accountable. Moving forward, people will be able to trust that they are being rewarded for their work to save the planet and that countries and corporations cannot break the rules.

Overall, the “economic system” of living and conducting business in our environment needs to be optimized. Governments are not adopting climate initiatives and financial systems are getting in the way of beneficial investments. NewEra’s blockchain solution better helps people become incentivized to act in the best interest of the planet and rewards good behavior. With its increased accountability and eco-friendly processing, it serves as a signal to how technology will save the environment.

Keep an eye out for their upcoming ICO and make sure to sign-up and track your own carbon emissions.