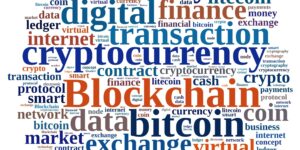 Cryptocurrencies have risen dramatically in popularity over the past few years, with more and more big businesses accepting them as payment for all sorts of products and services. As the most famous cryptocurrency, bitcoin is accepted by the likes of Microsoft, Tesla, Wikipedia, Shopify and many others.

Powered by blockchain technology, there are now a lot of potential opportunities for this to be utilised in other industries. Creating a transport cryptocurrency that uses blockchain could offer a fantastic solution to a wide range of issues affecting the sector.

How Could Cryptocurrency Benefit the Transport Industry?

The transport industry is going through a lot of change as technology continues to evolve, needing to adapt to keep up. Plus, with rail fares especially spiralling out of control, the general public are now doing more than ever to seek out the best possible deals to cut the costs of their journeys. Through using blockchain and cutting out any middlemen and offering cheaper fares where possible for those paying through the transport cryptocurrency, it could provide a good benefit for individuals.

A big opportunityacross the wider transport sector will be with urban public transportation becoming more crowded and complex. Already the introduction and growth of Uber is presenting new challenges. With movement towards self-driving cars and the possibility of autonomous taxis, a transport cryptocurrency could be developed to coincide with any such launch.

The Rise in Contactless Payments

Contactless payment has also become more popular, with over 108 million contactless cards in use across the UK alone. It offers a convenient option for paying to use public and private transport, with a simple tap and go being implemented in more buses and train ticket machines to speed up the process.

Use in Public Transport

It should be able to be used across all sorts of public transport, from buses and trains to taxis and others.Making one journey can involve a variety of public transport, such as a bus to the train station, train to the airport and aeroplane to the destination (plus a taxi when you’re there). Using one cryptocurrency cuts out the inefficiencies and extra expense that such a method introduces.

Other transport industries are beginning to figure out ways to use the power of blockchain to improve their working methods. The Blockchain in Trucking Alliance is one such example, set up in August 2017 to utilise the technology in the industry for a variety of reasons. These range from speeding up transactions to making data transfers more secure.

It could help make many of the processes and issues that sometimes plight the industry disappear. Immediate payment of drivers upon delivery, self-executing payments for fuel and parts and transparent maintenance records are just a few examples.

Already there are start-ups investigating how blockchain and a transport cryptocurrency could be created and work, so the idea might not be far from becoming a reality.

How New Homebuilding Tech Is Changing the Industry

Top 3 Trending Altcoins That You Should Consider.