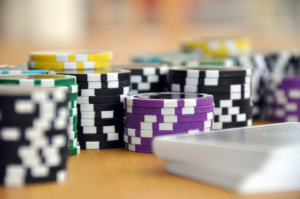 On the day of launching the TRON Virtual Machine (TVM) beta version, Justin Sun quoted Van Gogh’s biography on Weibo: The world is crazy, not me. My talent will be recognized one day. Even if the world does not understand me now, my efforts will not be in vain.

Ever since he announced to compete in the blockchain industry, Justin Sun, has been at the heart of heated debates, but this young man has always risen to challenges and persisted in his dreams.

Now his talent and efforts finally paid off.

On July 30, 2018, the TVM beta version was officially launched. It was another milestone for TRON, marking its place as one of the few Turing complete Virtual Machines (VMs) in the world, and bringing Justin Sun a step closer to his dream of building the No. 1 public chain in the world.

Why does VM matter in the blockchain 3.0 era?

The concept of VM dates back to the 1970s, when it was compared to “fascinating disco”. With the popularization of the Internet, VMs are implemented in a large scale to improve device and resource utilization. Imagine, a user turns on a computer in a machine room, only to read something online, but all the other hardware in this room is left idle. Here is when VMs come in, allowing all servers to be operated by multiple users simultaneously.

A VM is essentially a “simulated environment”, where multiple users are able to perform the same task using different operating systems — this is a vital feature in the blockchain era.

Since Bitcoin made a hit in 2017, the blockchain industry has gone through three stages. The first stage was started by Bitcoin. Back then, blockchain technologies were only used to provide simple technical support for transactions between different currencies. Then there was the second stage—the Ethereum era, marked by new smart contracts and Turing complete EVMs. Now, in the third stage, a large number of DApps are emerging, which requires substantial DApp testings on VMs.

To make sure that their DApps run smoothly, developers need to test the DApps on a VM prior to applying them to public chains, which guarantees that the DApps will be operated effectively by anyone on any device. It’s fair to say that VM is the core technology to implement a smart contract system, which is why major blockchain projects are competing on VM development. It is an inevitable path for DApps application to public chains, as well as one that leads blockchain to large-scale commercial use.

Why does the TVM stand out?

In response to such defects, the TVM emerged.

The biggest issue with Ethereum is its high gas fee, mostly resulting from EVM’s stack-based architecture. In the EVM, only stacks allow free data storage; anywhere else will require gas. According to a senior developer, using Ethereum smart contracts to verify the header of a single Bitcoin transaction costs 370 million gas, which means that on Ethereum, transaction verification alone costs USD 500. One of the great innovations of the TVM is that it introduces the concept of “bandwidth”: every transaction only occupies some bandwidth and other computing resources, which won’t be released until a while after the transaction. This means that any operation and transaction in the TVM system is free, which largely reduces costs for developers and guarantees that TVM’s computation capacity is not limited by the total number of tokens.

In addition to less development cost, the TVM will also improve debugging tools, making it more convenient for users to debug standard symbol format and data format, so as to improve efficiency, and meet the future demand of high-performance and high-throughput blockchain in complicated business scenarios.

At present, TRON DApp has nearly 100 million users, and the amount is still growing with the BT acquisition and other strategic partnerships. The successful launch of the TVM will guarantee the future rights of development for the users. Aiming at a lightweight, secure, compatible and friendly TVM, TRON will provide a better developing environment for the DApp users.

From the MainNet launch to the TVM launch, TRON has always been at the forefront of the industry. Justin Sun’s goal, however, is much more ambitious. He has been expressing his desires to establish an open, transparent and efficient network. The launch of the TVM beta version was just the beginning of a bigger empire.

Evolution Of The Way We Consume Audio And Visual Data