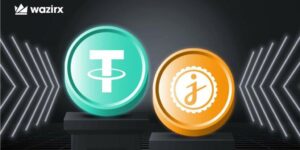 News on February 15th, Japan’s first compliant digital currency JasmyCoin (JASMY) was officially launched on Huobi Global, a world-renowned exchange, which opened deposit at 06:30 on February 15th, 2022 (UTC), will be the first to open the JASMY/USDT trading pair.

The day before, on February 14, JasmyCoin (JASMY) was listed on WazirX, a well-known Indian exchange, and the JASMY/USDT trading pair was opened.

Recently, JasmyCoin’s liquidity and community activity have continued to grow, and it has become the most well-known IoT sector project in Japan and Southeast Asia, and its global influence is increasing day by day. Currently, JasmyCoin is on an upward trend and is sought after by cryptocurrency investors.

5 Healthy Recipes to Get You to Drink Water