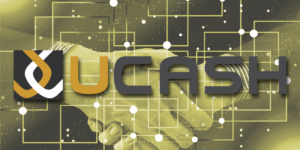 While the rapid upstart of the digital age has radically revolutionized a number of the world’s most vital industries, the greater financial world has been largely left untouched. Traditional financial service providers, built on top of legacy infrastructure and dated practices, are quickly becoming obsolete.

Their inefficient processes, developed decades ago, significantly drive up the cost of doing business. They are increasingly unable to provide for a booming global economy. Nearly two billion adults currently lack access to modern financial services such as investing and lending.

This is an extremely important, international problem with no simple solution. Like many complex monetary issues, the problem roots itself in tangled incentives. Massive conglomerates on Wall Street have little impetus to change their oligopolistic practices.

It is this gaping lack of infrastructure that led to the development of U.CASH, a blockchain-based platform that solves many of these problems by “providing users and service providers a platform for money and digital cash equivalent (Universal Cash) management, which includes all necessary modules for an unbank including distributed smart-contracts, mobile and online applications, and bank-grade security infrastructure.”

At a high level, they bring frontier blockchain technology to a network of “retail converters” who provide users the “means to load and unload funds from their digital wallets.” These digital assets, known as Universal Cash, can then be easily liquidated or used for a variety of traditional financial services, including sending and receiving funds, bill payments, loan repayments and others.

They have developed an easy-to-integrate module that works with existing shopping experiences. Working with a number of online retailers, U.CASH is able to offer users the ability to shop online directly using their existing digital balances.

The most compelling part about this architecture, versus conventional alternatives, is that it is not bounded by borders. Rather, the U.CASH network is open and accessible to anyone with an internet connection. This has fundamental implications for the broader financial world.

Their peer-to-peer network relies on a marketplace of retail service providers, called converters, who provide conversion services from fiat assets to digital cash (including Bitcoin and other popular digital currencies). Combined with a suite of online services, like a mobile app, this network empowers users with the ability to access a full-stack of financial services without ever needing to actually interact with a traditional financial services provider. Converters charge “a small service fee to cover the transaction costs of these conversions.” The platform also has a “Loyalty Cash” system, where users are awarded UCASH by using services provided by converters or digital retailers. Users can also earn a kick-back of their Loyalty Cash spend every time they make a transaction.

The U.CASH mobile application provides a number of helpful features for users that enhance the financial services experience. In just a few taps, consumers can easily find and compare converter rates, as well as route themselves to their nearest retail location. Further, it allows users to “convert their balances between various digital currencies, pay their bills, instantly send money worldwide, apply for loans from other converters, and much much more.”

Their ecosystem is powered by a combination of digital currencies, multi-signature escrow and smart contracts that give users access to a globally compatible worldwide network. Decentralized in nature, U.CASH’s platform has the potential to foundationally impact the financial world, redefining typical financial services and providing more accessible tools for users, merchants, converters and partner providers.

Blockchain is an essential component of the U.CASH network, as it provides a number of encrypted security features that allow value and data to be exchanged with minimal fees. Unlike conventional fiat currencies, cryptocurrencies are extremely flexible and inherently traceable, eradicating the threat of fraud and corruption.

They utilize a number of the existing blockchain platforms to provide a seamless experience for the end user. They are also developing a highly compatible end-point such that other financial institutions can easily integrate with and receive benefits from the U.CASH network.

While their team expects “some resistance and conflict from the existing financial system,” they believe they can overcome points of friction by “deploying both a blockchain agnostic as well as inclusive solution that invites participation and stakeholder involvement form users across many different blockchain ecosystems.” This collaborative, risk-adjusted approach has high potential as it avoids major conflict.

U.CASH’s emerging blockchain platform is the first of many to enter this space. As the technology becomes more accessible and powerful, we can expect to see a host of revolutionary new startups disrupt the status quo and render many of the existing models of finance obsolete.

Why Do You Need to Get a Job in Blockchain!

Before You Get Married