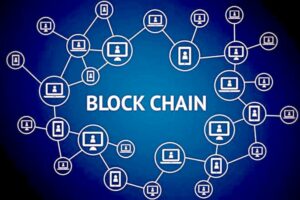 There is a concept called blockchain that was invented back in 2008. It was a public transaction ledger system, designed by Satoshi Nakamoto, for the purpose of keeping track of the crypto currency bit coin. The purpose at the time was to avoid what is called a double spending problem, one that could be avoided without the need of a central server. Essentially, each block would represent a transaction. Those blocks could not be altered. It is because they were not altered, and they were all connected in a chain, that this provided the digital evidence of all transactions that were done. There are many businesses that thought that this was ingenious. For example, this could be used to keep track of medical records or simply recording events that transpire in a linear fashion. This type of set up is also found in certain types of email, such as Google where you can follow the thread, similar to threads on forums. The main benefit of this, from a practical perspective, is that each block represented something that had its own identity, yet at the same time, was connected to everything else. Today, there are many Internet service providers that believe that this could be the answer to problems with ISPs that are not able to provide enough bandwidth.

How Can A Blockchain Set Up Make Your Internet Service Provider More Efficient?

When you have an ISP, they have a very large centralized server. It is from this server that the Internet is made available to all of the customers. However, if the computers for each customer could also be used as a server, you could actually broadcast from those locations and create hundreds or even thousands of different distribution points where people could easily hook up to the Internet through Wi-Fi. It is from this blockchain concept that ISPs are starting to think about how easy it would be to provide Internet services virtually anywhere someone had a computer that was connected to this chain of interconnected users. This would help eliminate problems with Internet providers that simply cannot provide bandwidth due to the geographical location. However, if everyone could be a derivative of that ISP, the Internet could literally be anywhere where there was a human being with a computer that could become an Internet hub.

Why The Decentralized Platform Would Be A Better Choice

When you have one ISP that is providing the Internet, this is called a centralized platform. However, using this blockchain idea from path.network, everyone that is part of this service could effectively be their own ISP. This would create what is called a decentralized platform. The only thing someone would need is Wi-Fi, and if they were in range of this other individual, wherever they happen to be, they would have access to Internet. This would eliminate the need for routers, and even if there were no routers broadcasting the Internet, each person’s computer would serve that purpose.

Why Would People Want To Do This?

The way that you motivate people to become remote ISPs is to offer them revenue-sharing. The more bandwidth that was processed through their computer, the more money they would make. This creates a literal peer to peer sharing system, similar to how files are shared between people with computers on P2P networks. It would also make everything much more secure. It is because of this revolutionary idea that thousands of investors are beginning to consider this idea. Many of them are in locations where the cost of setting up towers to broadcast the Internet is simply not viable.

How Far Along Is This Idea?

Although this blockchain ISP idea is in its infancy, this could literally revolutionize the way that Internet is distributed throughout communities. You would no longer have to worry about whether or not you could receive the signal. You would simply need to be close by to someone else that is broadcasting that you can pick up with Wi-Fi. If this is taken to the next level, the need for towers in remote locations will not be necessary at all. All that will be needed are communities that have computers, some of which will have volunteers that are willing to be paid and allow their computer to be used as a remote ISP that is connected to this blockchain set up of the Internet.

How Much Money Will It Take To Make This Happen?

This is probably going to take a substantial amount of money to get it to the point of being real. For example, computers are not equipped to simply act as a server that can provide Internet. Therefore, they would have to invest in devices that could be plugged into USB ports. It is from there that the Internet would be made available and people with Wi-Fi could pick it up. This could be very inexpensive to produce, but the technology may not exist, and it may require tens of millions of dollars to create something that will broadcast far enough. There is also the problem of whether or not enough investors will come together. For example, in large cities where accessing the Internet is not a problem, they may not be motivated to invest in something that will only be used in remote or rural communities. However, over time, they may see that this is quite possibly one of the most unique and profitable ideas that has come a long in quite some time.

If the technology is available, or at least close, this could be a reality within the next five years. What typically holds any idea back is not ingenuity. It’s about the money that is necessary to make an idea into something real. As mentioned earlier, it is a fantastic way of broadcasting the Internet without the need of towers. However, convincing enough investors that have the money to make this happen is probably the largest battle that these people will face. If this does occur, people could access Wi-Fi from literally anywhere, even in communities that are relatively remote. It would interconnect the world, quite literally, all because of this blockchain platform idea that will make ISPs and Internet much more accessible.

How to Prevent Your iPhone From Overheating This Summer

10 Companies That Give Back When You Buy