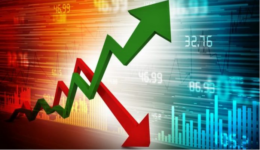 It is now exactly 10 years since Satoshi Nakamoto published a whitepaper that unveiled Bitcoin—the first Blockchain-powered peer-to-peer cryptocurrency. Because of Blockchain, the world is transitioning from trusted to trustless economies, where reliable third parties are no longer required for the exchange of goods and services.

Cryptocurrencies and decentralized platforms are flourishing. The statistics speak for themselves—the market capitalization has rocketed (now valued at more than $800 billion). For the first time since Bitcoin was unveiled, the number of virtual coins has surpassed the 2000 mark with transaction volumes going through the roof as governments and companies begin to adopt them.

Although these are significant achievements, mass adoption of cryptocurrencies is still a mirage. Up until now, trading in crypto markets was performed on cryptocurrency exchanges which are either Centralized (CEXs) or Decentralized (DEXs). Cryptocurrency traders have had to choose between CEXs and DEXs trading platforms, with no options of middle ground. And each of the two choices presents a fair amount of shortcomings.

Challenges of conventional CEXs and DEXs

CEXs function (at least from a user’s point of view) as a traditional banking system. They accept a customer’s deposits—whether fiat or coins—and just like banks, these promise to exchange the funds later when a matching partner is found. This way, CEXs act as trusted third-parties—by holding a customer’s funds in their network until a willing party emerges.

This model ensures faster transactions and allows CEXs to conform to strict regulatory laws in the jurisdictions where they operate. However, CEXs expose the trader to security risks by requiring them to hand over custody of their money, which could ultimately disappear or be hacked. As of this writing over 1M BTC has been lost due to security breaches in CEXs.

They also work against decentralization, a core philosophy of Blockchain. The unveiling of Blockchain was meant to usher in a decentralized and unsafe society, where it is no need for reliable intermediaries in the trading activities. CEXs work against this principle by withholding the trader’s funds until a matching trader is found.

On the other hand, DEXs transfer cryptocurrency trading back to the hands of traders thereby minimizing risks. They tackle the hurdles associated with CEXs by directly creating peer-to-peer markets on the Blockchain. This way, DEXs provide improved security by ensuring traders have control of their funds. However, this usually comes at high transaction times and costs.

Best of both worlds

DINNGO believes that an ideal cryptocurrency exchange should provide the best of both worlds—CEXs and DEXs. Such a platform marks the beginning of the future trading. DINNGO platform combines the speed available in CEXs and the security in DEXs to usher in a system that conforms to Blockchain’s philosophy of faster transactions.

To transfer control of funds to traders, DINNGO intends to create an in-depth integration system where each trader creates his/her cold wallet. The cold wallet service provides a trader with a more secure and efficient user interface to interact on the Blockchain.

The platform then proceeds to connect the smart contract cold wallet service to the high-speed computing system. By utilizing the technical architecture of the newest hybrid exchange, DINNGO generates fast matches through the smart transaction matching engine, enabling traders to optimize asset allocation in a safe, convenient, and efficient environment.

Such a system allows traders to take control of their money without experiencing the transaction delays that are associated with entirely DEXs.

Why DINNGO is the future of fast and secure crypto trading

Cryptocurrencies and underlying Blockchain technologies set the world free from a fetid financial system: commercial bank oligopolies, central banks, and bought-and-paid-for regulators. While it is a fact that crypto markets overall have had their fair share of failures, the majority still believes these markets have a bright future.

Because of the advantages of crypto markets and the weaknesses of the traditional financial markets, their adoption in mainstream trading is steadily rising. It is only a matter of time before virtual currencies go mainstream. However, adopting cryptocurrencies to work with already fiat currencies, of course, is posing challenges due to the existing infrastructure of centralized and decentralized exchanges.

As mentioned earlier, CEXs are faster and easier to incorporate with fiat currencies, because they can easily conform to prevailing laws and regulations. However, they are prone to hacks and do not support the core philosophy of the Blockchain technology. On the other hand, DEXs, although secure, have slow transaction times.

DINNGO intends to fill this gap in the market and allow mass adoption of cryptocurrencies by future traders. By combining the features of both CEXs and DEXs, DINNGO is creating a first fully functional cryptocurrency platform that is fast and secure.

DINNGO will also provide a merchant service that connects with cryptocurrency debit card manufacturers and e-commerce companies. This way, a trader will have the option of using the DINNGO wallet at any retailer, point-of-sale terminal and even ATMs. With an in-depth integration of cold wallets, the DINNGO wallet will provide an all-in-one service that satisfies the needs of all traders.

Ultimately, the DINNGO team is certain that the problems of current CEXs and DEXs can be mindfully addressed through a Hybrid Exchange – HEX. You can be part of DINNGO’s future by engaging in its ICO and being the first ones to fully experience the groundbreaking technology behind their revolutionary trading system.

How Novusphere Is Democratizing the Web 3.0