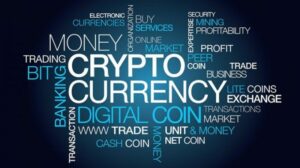 The rollercoaster ride of cryptocurrency values continues unabated. For every piece of good news that sends the price of the digital coins skyward, it seems some doomy, gloomy items appear to send things back in the other direction. It’s enough to make an adopter wonder if there will ever be a time when it indeed will become a commonplace way to buy and sell, while investors gnaw their fingernails in grave concern over whether those coins they picked up will end up causing them to take a bath. The problem is that there is an inherent tug of war that the very nature of cryptocurrency seems to engender, and that causes the ups and downs that roil all those involved with it.

Why it is that cryptocurrency is so polarizing? Many of the same doubts that people have about it can be easily applied to other monetary instruments. Perhaps what cryptocurrency needs to finally stabilize is another lightning rod of a monetary technology to come down the pike and start taking the brunt of the praise and criticism. Only then might it be possible for cryptocurrency to grow at its natural pace, without naysayers taking direct aim and those in positions of power trying to stop its momentum. Yet until that day arrives, expect it to be a bumpy ride.

If you feel like you have no stomach for cryptocurrency investing, you might be better suited to the Forex market, in which case the QProfit System should be on your radar. By the contrast, if you’re a true believer in crypto, be prepared for extreme volatility for the following reasons.

The people who flock to cryptocurrency as a way of conducting transactions sing the praises of the fact that there is no third party to get in the way and impose bureaucratic headaches and fees. Yet regulatory bodies are extremely powerful organizations, especially when threatened. They won’t simply disappear without putting up a fight, most likely by using their political pull to squash or at least contain the cryptocurrency revolution.

Technophobes on the Prowl

If you’re an adherent of cryptocurrency and possibly an owner of some coins yourself, you are likely someone who is excited about the technological progress. Yet even as we have become an increasingly digitized society, there is a solid base of people who distrust the newer fringes of the technological world. Cryptocurrency certainly falls into that category.

The issue with cryptocurrency in the past was that it was a haven for bad actors that used its lack of regulation for its own ends, conducting illegal transactions that were difficult to trace. Many people are still wary of adopting the usage of digital coins for that very reason. They think that somehow, they would be entering a Wild West type situation where no transaction is safe.

It will be interesting to see if cryptocurrency can overcome these stigmas as time goes on. If not, it might be difficult for it to become anything more than a valuable novelty.

How to Choose The Best Dehumidifier for Your House?