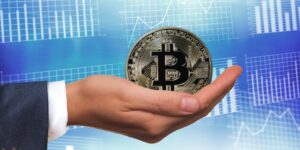 Most people from around the world that hear about Bitcoin are confused. It is completely normal to feel like that. Bitcoins are relatively new. They appeared in 2008 as a white paper written by Satoshi Nakamoto, an alias of a person that nobody wants. Then, the official launch as a currency took place in 2009.

Nowadays, there are numerous articles written online about cryptocurrencies and countless websites that cover other options, like stablecoins. However, there is no denial of the fact that Bitcoin is the most popular cryptocurrency out there. Even so, there are so many misconceptions that are associated with them. Below you can read about the most common ones so you do not believe them.

“This Is A Bitcoin”

When Bitcoins are presented in the media, they are usually shown as a coin with a specific design. Because of this, the golden token is what many think is a BTC (commonly accepted abbreviation of the Bitcoin cryptocurrency). In reality, the token is worthless and just a symbol.

The best way to describe a Bitcoin is to say it is a digital currency. Practically, the currency does not have a physical form. You will never see coins that are minted.

“An Entire Bitcoin Needs To Be Bought”

One of the most interesting things about Bitcoin is that it is divisible up to 8 decimals, as opposed to a regular currency like the US Dollar, which can only be divided up to 2 decimals. This means you can hold as little as the 100 millionth part of a Bitcoin.

Historically, the value of 1 BTC reached a maximum of $19,783.06. This means that buying 1 BTC is not something that most people can afford. Due to this reality and the huge potential value of cryptocurrencies in general, the 8 decimals are in place.

“Bitcoins Have No Intrinsic Value”

Similarly to all currencies in the world, the Bitcoin has a value because there are millions of individuals from all around the world sharing the thought that the cryptocurrency offers a much cheaper, faster and safer transaction network. There is a limited supply of bitcoin possible. People have to own currency units in order to take advantage of the transaction network so there is value associated with Bitcoins.

“We Already Know Everything That Bitcoin Offers:

When the internet appeared during the early nineties, nobody knew what the future will offer. Numerous companies appeared and started developing the online world as we now know it. Just as we have no real idea what the internet will offer in the future, we do not really know what Bitcoin can develop into.

You can shut down a company but you cannot shut down the internet. Because of the fact that Bitcoins exist on the internet, it is practically impossible for them to disappear.

This is a misconception that appeared due to politics. Many that did not want BTC to succeed started spreading rumors that the cryptocurrency is used by terrorists and dishonest people in order to offer finances for illegal activities. While it is true that there are some criminal operations that use cryptocurrencies, BTC is trackable. Because of this, most criminals do prefer cash.

Paying For Instagram Followers Can Give You The Push You Need